It’s that time of year again. College football season is upon us, and along with it comes tailgating, screaming fans, cookouts and Twitter. That’s right Twitter.

As social media continues to solidify its place in the sports world, fan interactions with their favorite teams and alma maters go far beyond the gridiron. Twitter has been an especially effective tool for college football teams to engage their fans. I want to take a moment to recognize five teams who are really seizing the social media opportunity.

Clemson makes the list because the Tigers clearly understand the importance of engaging with their fans. From a focus on Fan Fest with photos of fans interacting with players, to social media listening and replying to comments, the Tigers get it. Social media isn’t about bragging and posting boring stats (see Alabama), it’s about engaging with your target audience in a way that goes beyond promotion and adds value to their lives.

The Tigers also cleverly incorporate the use of video content into their Twitter posts. Rather than simply relying on high quality, professionally produced videos (which they also offer), they post short, low quality clips of things like practice, fans and visits from the likes of Kirk Herbstreit. The Tigers really understand how to use Twitter effectively, and the return engagement from their followers proves it.

While NDSU may not be in the same league as FBS teams on the field, the 13-time FCS champions can hang with the best of them when it comes to using Twitter. The Bison show off their Twitter prowess by kicking off the season with a big play commentary of posts featuring video and images that were Tweeted live during their recent win over Charleston Southern.

It was a thing of beauty. pic.twitter.com/IghK686QW9

The Bison also do a great job of serving up highlights of alumni who are now playing in the National Football League (NFL). Showing off your school’s ability to send players to the pros is an excellent recruiting tool, and NDSU takes advantage of the Twitter platform by doing just that.

USF’s incorporation of GIFs into their Twitter posts gives personality to the page. Whether it’s a player celebrating with text popping up generating excitement about the season or a Minion shouting a resounding “yes” in response to a fan’s question, the Bulls are certainly using GIFs to the fullest.

The Bulls use of emojis, especially the ones representing the bullhorns hand signal fans throw up during games, is great. The emojis help the text jump off the page and draw attentions to posts that might otherwise be overlooked.

Grand Valley State is a Division II football program with an FBS caliber Twitter presence. Highlights of alumni currently auditioning for NFL rosters and a countdown to the team’s home opener are just a couple of the high quality types of posts being created by the Lakers’ social media team.

The team also understands the value of linking to original content developed by the Lakers’ marketing team like the Radio Road Tour and articles on gvsulakers.com. Social media can really help amplify content, and that knowledge appears not to have been lost on the Lakers.

The Cougars prove they understand Twitter right off the start. Not only did they develop a clever hashtag, #HTownTakeover, they put it right in the name of their page. The hashtag is then used in a large percentage of their posts, and fans are certainly catching on, using it in their own posts and helping to spread the word.

Houston also understands the importance of focusing on the fans. By posting images of students, retweeting posts from followers and giving Twitter-time to the fans in general, the Cougars position themselves to really own their Twitter space.

If you haven’t done so already, I encourage you to visit the Twitter page of your favorite college football team. Do they live up to the high bar set by the teams included in this article? If your team measures up, let us know in the comments below.

Enjoyed reading the AG Integrated Marketing blog? Sign up for our bi-monthly newsletter to receive marketing news and advice. 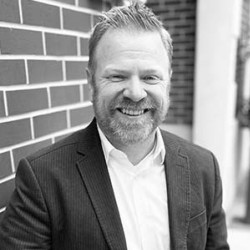 Follow Me
Latest posts by Anthony Gaenzle (see all)

9 Books on Marketing and Business all Marketing Professionals Should Read

Why Companies That Don’t Optimize Their SaaS Conversion Funnel Fail?

How To Get More Referring Domains to Boost your SEO Ranking

Improving Your Business Continuity Plan With Video and Live Streaming